"Nothing is free...", they say, and probably right.

While recently travelling on Jet Airways to Mumbai, air hostess handed over a booklet of "made in china" items, marketed by a brand called SkyMart.

I wondered who buys such stuff that too on a flight. (Though once I had seen a guy enthusiastically buying a perl necklace in-flight (facepalm)) 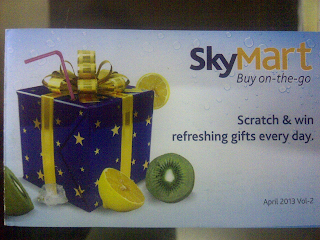 A little scratchcard inside caught my attention. I was never lucky with such coupons but gave it a shot. Guess what!!!! I won something!!! 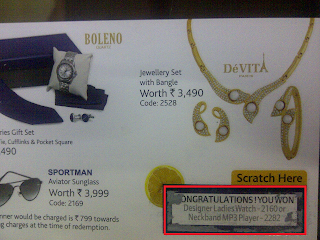 Wow, never happened. "Whats the catch?", I asked myself, "Well, that can't be so easy. Something is wrong!".

It is indeed. You need to pay "nominal" charge to claim your gift....and the cheap prizes seems cost less than the so called nominal charge itself. 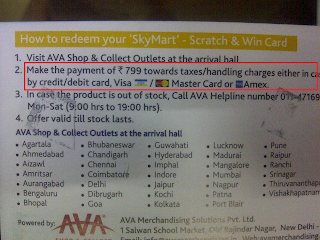