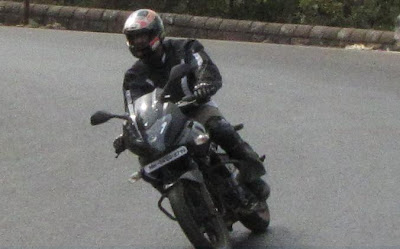 Had been to a luxury hotel to meet a friend. I was initially suprised since I was allowed to park inside their compound. While leaving, I rode up through the porch and two guards instantly came forward to stop me.

I did not stop to argue further with the guards and went ahead through the porch.

All cars were allowed, no matter how cheap or underpowered they were. I wonder if he would have stopped a foreginer, or a guy on a superbike in same place.

What kind of discrimination is this? This is plain stupidity or just another example of socio-economical beliefs engraved in Indian minds. Or is this reflection of moronic understandings of people who made these rules?